“The industry is well on track to repeat the feat achieved in 2018, when around 10 billion boe of recoverable resources were discovered,” says Palzor Shenga, senior analyst on Rystad Energy’s upstream team. 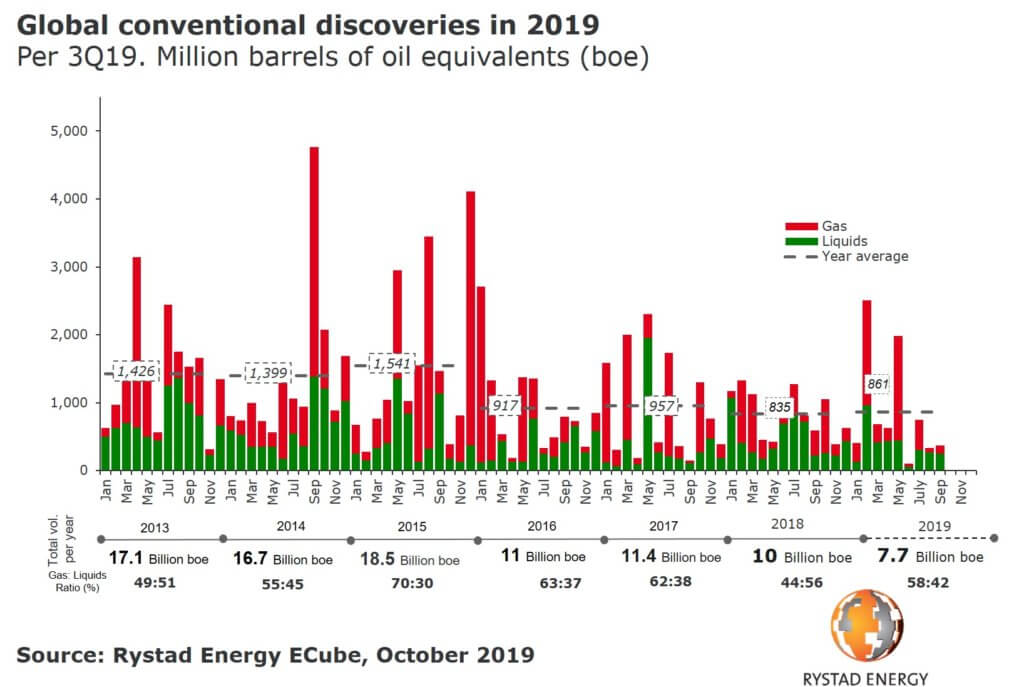 Russia has seen the most discovered resources thus far in 2019, with the Dinkov and Nyarmeyskoye discovery announced earlier this year holding around 1.5 billion boe of recoverable resources. Guyana and Cyprus nab the other places on the podium. 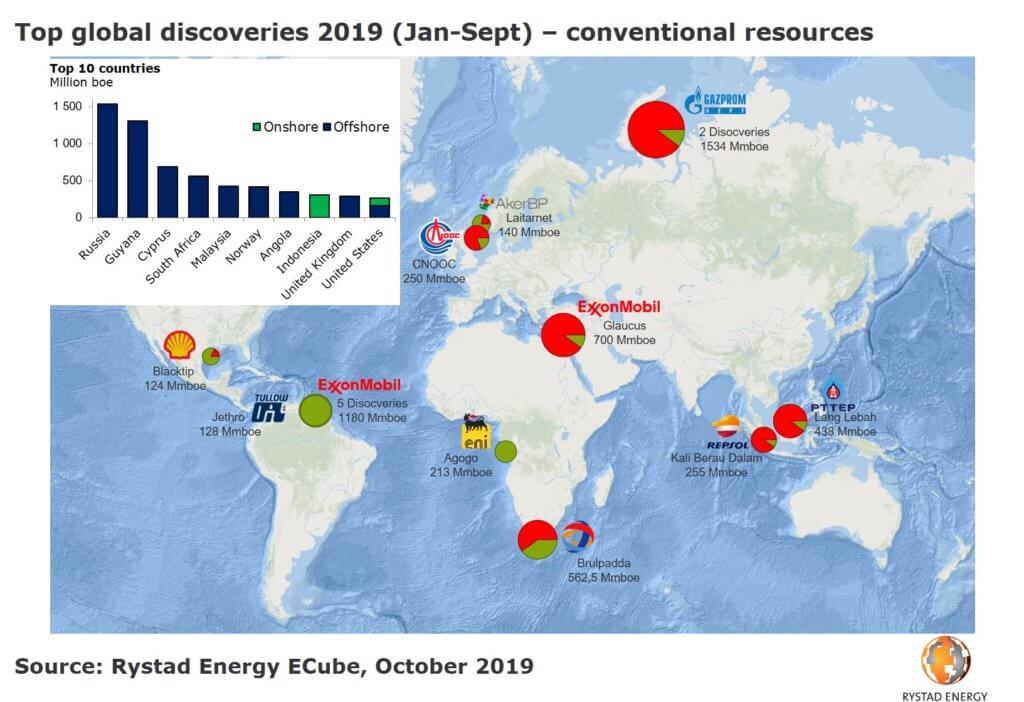 The so-called resource replacement ratio for conventional resources now stands around 16%, which is the lowest seen in recent history.

“This means that only one barrel out of every six consumed is being replaced by new sources. This is the lowest replacement ratio we have witnessed in the last two decades,” Shenga added. 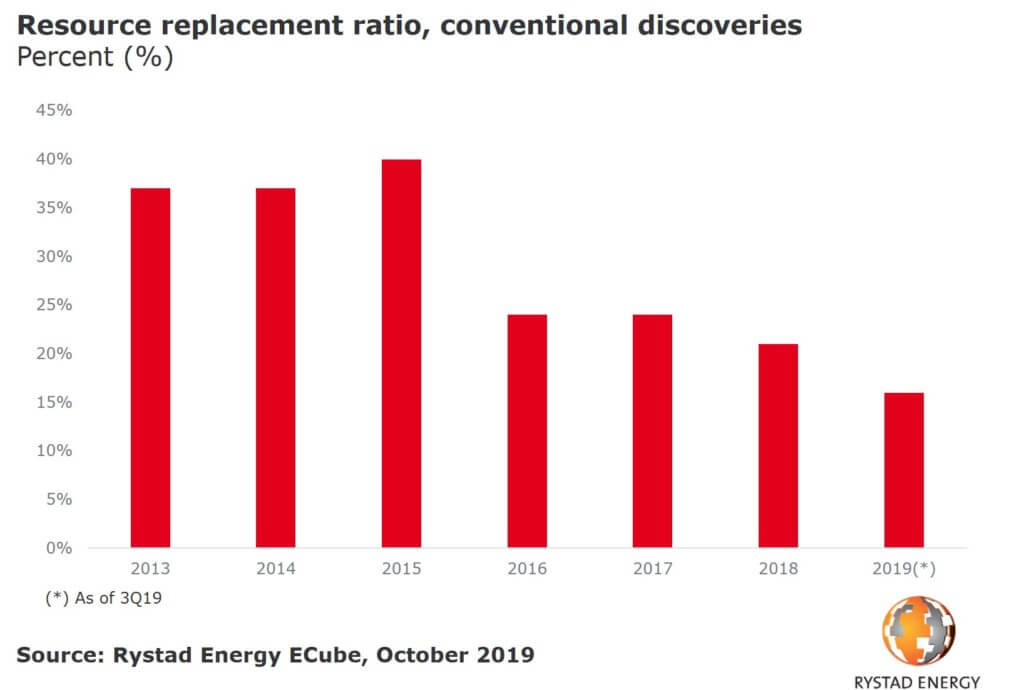 However, the industry has high hopes after the prolific success of ExxonMobil’s Stabroek block off the coast of Guyana and more recent discoveries by other operators in the region, which have led to a surge in offshore exploration in the Caribbean. More acreage is being made available for bidding, with some countries conducting their first-ever licensing rounds in 2019 and 2020. Offshore drilling activity has been on a steady rise in recent years, with 23 new exploration wells expected in 2019. By comparison, only seven offshore wells were drilled in 2013.

“We estimate the annual number of wells drilled could increase slightly to 25 wells in 2020, as more operators join the Caribbean exploration circuit,” says Santosh Kumar, an exploration analyst on the upstream team.

Rystad Energy expects the Guyana-Suriname basin will continue to occupy headlines with a few planned wells in both Guyana and Suriname. The basin is pinned as one of the most prospective, underexplored basins in the world and will definitely get a facelift from its current assigned volumes if hydrocarbons are established towards the east.

“Explorers have set their sights on establishing a working petroleum system and unlocking the underlying commercial prospectively of the basin. The latest update suggests that the basin could have a potential of around 13 billion boe,” Shenga said.

A wildcat exploration campaign led by Apache is currently underway in Guyana’s eastern neighbor, Suriname. Prior to this only 14 wells have been drilled in the Guyana-Suriname basin beyond water depths greater than 20 meters.